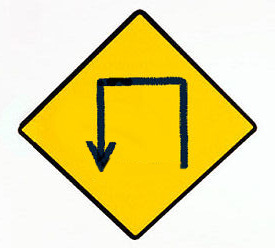 While working on my new startup, we are doing a little bit of reasoning using implications. One of the more curious forms of implications is the negative form: consider the following exaggerated example:

If we allow negative implications to be transitive, then it would follow that since being a strip club makes a place less kid-friendly, it makes it more romantic. We don’t want that. So I had to write some code to specifically ignore that situation. Before writing that, in the best tradition of TDD I wrote a test for two chained negative implications. I implemented the code, the test passed and I was happy.

Fast forward a couple of weeks, and I’m trying out adding some negative implications, and the program doesn’t behave as expected. My code doesn’t work. I turn back to my test, check it out, and sure enough, all the thing the test asserts as True are actually True, and the test does test the right thing.

Digging deeper, I discovered the issue. I had two bugs: the first was that the code handling chained negative implications wasn’t working right. The second was in my graph building algorithm – it seems that I was forgetting to add some edges. What made that second bug insidious was that it hid the effect of the first bug from the test – effectively making the test pass.

So – for me it was – two negative implications don’t mean a positive one, and two bugs don’t make a feature.